A California startup NDB has found a way to recycle nuclear waste and turn them into batteries. According to the company, the battery has an expected life of 28,000 years.

The “Nano-Diamond Battery” is encased in multiple layers of synthetic diamonds that offer protection against radiation leakage. Power is generated by the absorption of radioactive isotopes in the diamond through a process called inelastic scattering.

This battery can be used in just about any type of system, from smartphones to aircraft. The company says that the first commercial prototype battery should be available later this year.

Researcher Julio D’Arcy from Washington University in St. Louis, Missouri, and his colleagues have done something incredible, they have turned bricks into batteries.

To do this, the team took ordinary construction bricks and heated them with acid vapor. This process dissolves the haematite mineral, which gives the bricks their red color. What’s left is a brownish-blue brick filled with tiny conductive PEDOT fibers that are coated with epoxy to make them waterproof.

At this point, the bricks can be hooked up to a power source to be charged up. Three bricks measuring 1.6 in. x 1.2 in. x 0.4 in. each can power an LED for 10 minutes. Amazingly, these brick batteries can be charged up to 10,000 times and retain 90+ percent of their storage capacity.

The researchers still need to do mechanical testing to check the strength of the bricks. If they can make it a viable building material and bring the cost down to a competitive rate, we could see building walls that we can plug our devices directly into.

The Latin word for silkworm is Bombyx and is now also the name of facebook’s latest robot. The company in collaboration with ULC Robotics designed a robot that can wrap fiber optic cable around medium voltage power lines and clear obstacles without the help of a human.

Facebook plans to use this device to reduce the cost of fiber optic installations, as well as, bring high-speed internet access to many areas of the world that don’t have it. Before Bombyx, the traditional method to install fiber was to lash a fiber cable to a pole. This process required a lot of preparation, large crews, and heavy equipment.

The key to the success of the robot is a thinner fiber cable. Facebook and its partners collaborated with veteran cable designer Wayne Kachmar to design and create a fiber optic cable that’s only 4 millimeters in diameter. To put that into perspective, typical fiber optic cabling is between 10-13 millimeters in diameter and weighs about 250 pounds per kilometer. Facebook’s cable only weighs 28 pounds.

With 5G networks switching on around the world, Bombyx could be a game-changer as all cellular networks require fiber optics as there backbone.

Fugaku, which means Mount Fuji in Japanese is the name of Japan’s fastest supercomputer and now the world’s most powerful computer.

The system has taken the top spot on the Top500, a site that has kept track of the latest in computing power for the last two decades.

The Fugaku has a computational speed of approximately 415.53 petaflops, which is more than a thousand times faster than a regular computer.

Since the COVID-19 situation, the system has been busy running various simulations based on different environmental circumstances. For more information read the full article here.

Last year there were rumors of Apple moving away from Intel for there Mac computer line. Looks like the rumor were true, at it’s virtual World Wide Developers Conference later this year, the company plans to announce it’s new A14 processor.

The new chip will be based on a 5-nanometer design. Aside from the main processor, the chip will feature a separate GPU (graphics processing unit) and a neural engine.

The Apple processor is said to be more power-efficient than Intel’s and bring 5G connectivity to all future devices, as well as, be more cost-effective overall. For more information check out the full article here.

Solar power systems with double-sided (bifacial) solar panels—which collect sunlight from two sides instead of one—and single-axis tracking technology that tilts the panels so they can follow the sun are the most cost-effective to date, researchers report June 3rd in the journal Joule. They determined that this combination of technologies produces almost 35% more energy, on average than immobile single-panel photovoltaic systems, while reducing the cost of electricity by an average of 16%.

The results are stable, even when accounting for changes in the weather conditions and in the costs from the solar panels and the other components of the photovoltaic system. Read the full article here…

Researchers from Monash, Swinburne, and RMIT universities have tested the world’s fastest internet speed. The team was able to achieve a data speed of 44.2 Terabits per second (Tbps) from a single light source.

This new technology can support 1.8 million high-speed simultaneous connections, and best of all this technology can be installed into existing infrastructure. The new device known as a micro-comb replaces 80 conventional lasers with a single piece of equipment.

The future goal for the research team is to make this technology low cost and compact that it can be installed for commercial use by the general public in cities around the world.

The electronics and entertainment giant Sony has combined artificial intelligence with its image sensor. This new IMX500 sensor is the first of its kind to process images without the need for external hardware and assistance.

When it comes to security, the IMX500 shines since the chip can process a massive amount of data locally instead of sending that data to the cloud for processing. Which in turn keeps sensitive video and image data on the device itself. Since the data doesn’t need the cloud, processing times are also cut drastically.

Sony is currently shipping the IMX500 to commercial establishments for evaluation. Consumers can expect to see them sometime early next year. Something to keep in mind Sony is a huge supplier of image sensors for Apple iPhones and Nikon cameras.

Scientists from the National Renewable Energy Laboratory (NREL) have created a world record six-junction solar cell that has a conversion efficiency of 47.1%. The device is built using III-V materials which are known for a wide range of light-absorbing properties. Total the device contains 140 layers of III-V materials, with each layer design to capture a specific part of the solar spectrum.

These types of solar cells are typically used to power satellites because of there high efficiency and cost. Here on earth, the six-junction solar cell is best suited for concentrator solar panels. This type of panels cut the cost down quite a bit since you only need a fraction of the material used in conventional solar panels. Also, the efficiency increases as you concentrate the light.

The next step for the scientist is to exceed the 50% barrier and significantly reduce the cost so that these solar cells can reach new markets.

Microsoft is planning to release quite a bit of tech for this holiday season. One of the most anticipated is its new gaming console, The Xbox Series X. This beast of a system can rival many gaming PCs, and can kick out 4K gameplay with up to 120fps and is 8K ready. This is all possible thanks to AMD’s latest system on chip (SOC).

The brains of the system is a custom 8 core processor featuring AMD’s latest Zen 2 architecture. It’s able to sustain 3.8GHz (3.6 GHz for multithreaded games and apps).

When it comes to the graphics power, the Xbox Series X has 2x the power compared to the Xbox One X or 8x that of the original Xbox One. Built on AMD’s RDNA 2 architecture, the GPU feature 56 compute units and runs at 1825MHz sustained. This gives the GPU a compute power of 12 Tflops, also, the graphics processing unit has built-in Ray Tracing.

The Xbox Series X is equipped with 16GB of GDDR6 memory with a 328bit bus. It’s allocated in the following way, 10GB for the GPU, 3.5GB for standard memory task, and 2.5GB for the operating system. Storage is handled by a 1TB PCIe 4.0 SSD which has a transfer speed of 2.4GB/s Raw and 4.8GB/s compressed. There is also an external storage port in the back of the console. As of this writing, 1TB is the largest external storage available.

The new form factor of the console is not just aesthetically pleasing but is key to the cooling of the system. Inside you’ll find a dual motherboard setup with a vapor chamber cooling assembly. At the top is a custom fan that is designed to create a vortex that pulls air from the bottom up.

Other features of the Xbox Series X are quick resume which allows players to jump from game to game with very little wait time. Xbox Velocity Architecture takes old games and improves performance, resolution, as well as provide higher stable frame rates. Microsoft has also upgraded its wireless controller. The new controller has sculpted surfaces and a refined geometry for comfort, along with textured grip, a hybrid D-pad, and faster pairing.

There is no official price for the Xbox Series X yet, but given the hardware, expect to pay a premium. 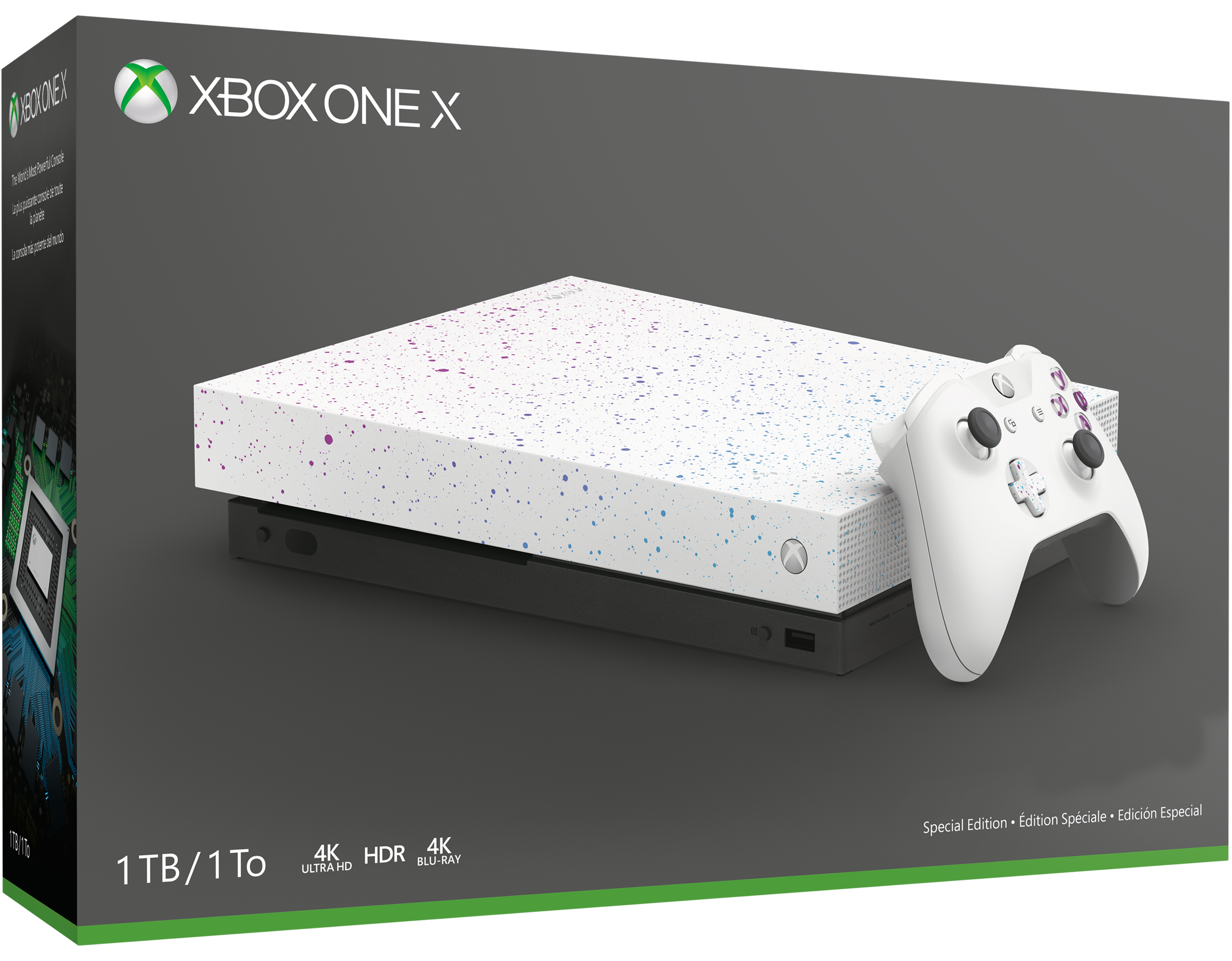